It’s a snowy Saturday morning at the farm and I’m hungry for warm cinnamon buns. What is it about a morning like this that makes me crave the taste of cinnamon? There is nothing like the aroma of freshly baked cinnamon buns wafting through the kitchen. 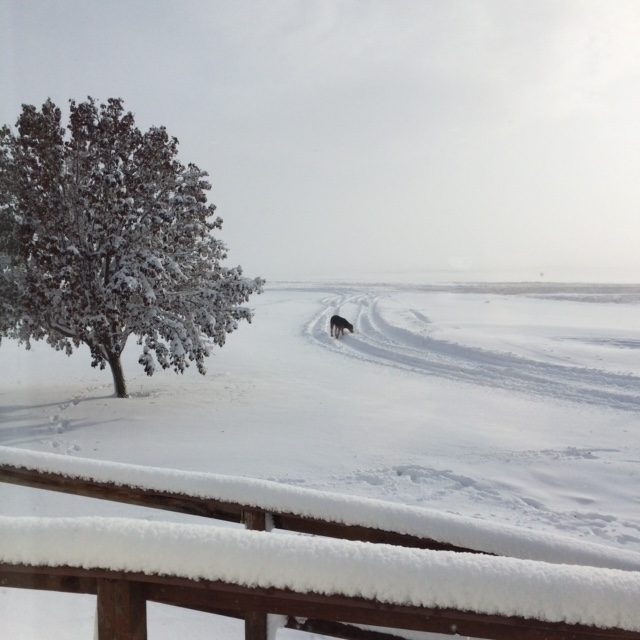 The only thing is, making cinnamon rolls takes a lot of time! A quick and easy way to create delectable, warm cinnamon buns is to use biscuits. Though these aren’t cinnamon rolls, they’re SO good. I’d describe them as a cross between a cinnamon roll, cinnamon toast and muffins. And, they’re so beautiful you can even entertain with them for brunch.

These cinnamon buns are gooey in the center; each nook and cranny is buttery, soft and oh so cinnamony (is that a word?).   But, I don’t know if that’s better than the crunchy, caramely (again, is that a word?) edges! Mmmmm mmmm good!

Here’s how you do it!

First, pop open the can of biscuits. Is it me, or is this always a scary thing? Just close your eyes and push down on the seem and…boom, open! 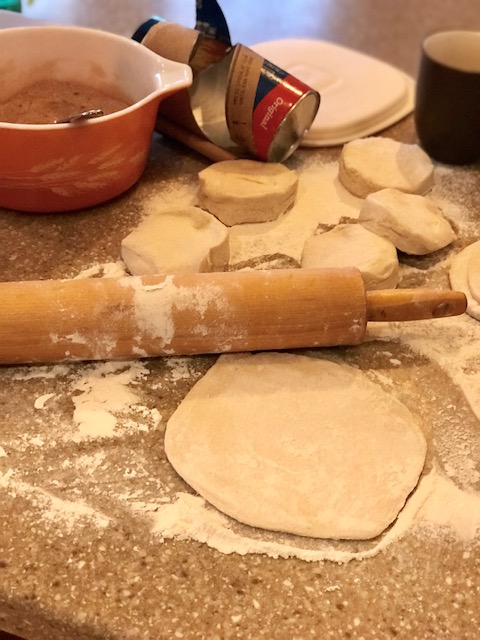 Next, put a little bit of flour down on your work surface and roll out each biscuit in to a flat disc about ¼ inch thick. Then, cut each disc into four equal pieces (like a pie). 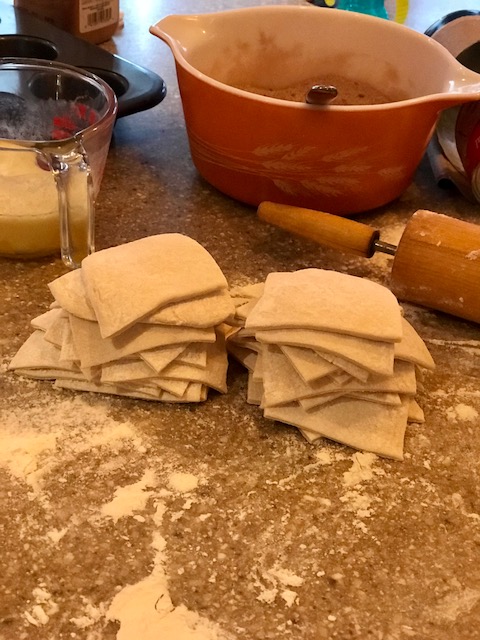 Dip each piece into melted butter and then place into cinnamon sugar and coat liberally. Take three cinnamon coated pieces and place them into a cup of a muffin tin. Try to arrange the pieces to make a rose-like cluster. 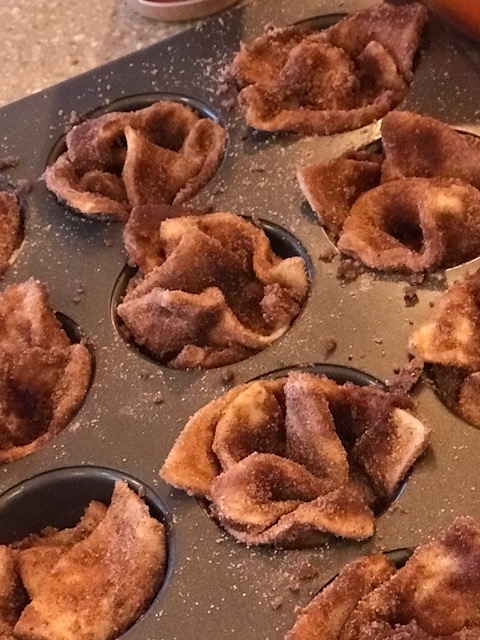 Bake at 350 degrees for 25 minutes. After cooling for 10 minutes, remove each bun and cool on a cooling rack for an additional 20 minutes. 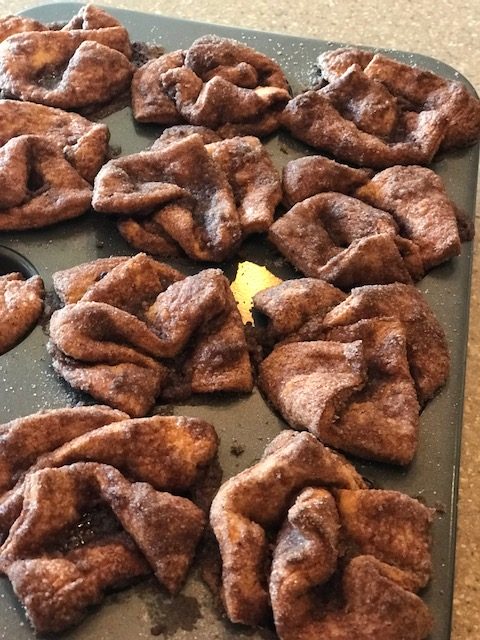 1 can of biscuits
1 stick of butter, melted
1 cup cinnamon sugar

Roll out biscuits to make flat discs. Cut each disc into 4 pieces.

Dip each piece into melted butter and coat liberally with cinnamon sugar.

Place 3 triangles per cup of a muffin tin to make a rose.

Bake for 25 minutes at 350 degrees. Let cool for 10 minutes and transfer to a cooling rack. 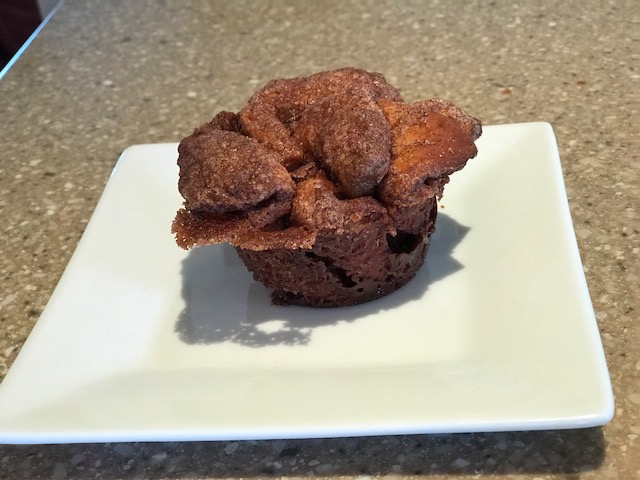 Please leave your comments below, I would love to hear from you. Until next time, cheers!